Boerejongens explores cannabis culture around the world. We will help you understand the many cannabis cultures of Planet Earth. Today, we focus on the perhaps most famous cannabis culture of all. When you think weed, you’re probably thinking Jamaica! The Rastafarians, Dreadlocks Bob Marley, Reggae… Jamaica has so many iconic figures and such a rich cultural history, that the impact of this island on global cannabis culture is simply huge. Let’s jump right in!

The Introduction of Cannabis In Jamaica

Nowadays, we may associate cannabis with hilarious anecdotes, fun evenings with friends, or a relaxing Sunday. But, as is often the case with history, the history of the cannabis plant in Jamaica is one without a silver lining. here, the story of cannabis is accompanied by tears, heartache and tough times.

Jamaica has been ravaged by oppression, slavery and genocide since the arrival of the British Empire in the early 1600s. The following 200 years were marked by human trafficking and slaves being shipped from West Africa to Jamaican sugar plantations to work. This continued until 1838, when a slave rebellion eventually led to abolition of slavery.

As in most former colonial areas of the British Empire, plantation owners had grown used to ‘outsourcing’ labor to slaves. After the abolition of slavery they found themselves without an unlimited supply of workers. A crisis soon followed, and the imperialists faced a huge problem.

The problem was addressed with a solution that was hardly better than the original situation of the slaves. From 1845 to 1920, about 50,000 Indian laborers were sent to Jamaica to take over the work of the slaves on the sugar plantations. To relieve their burden, hashish was all they had and it were these unfortunate souls who planted the first cannabis seeds in the fertile soil of Jamaica. 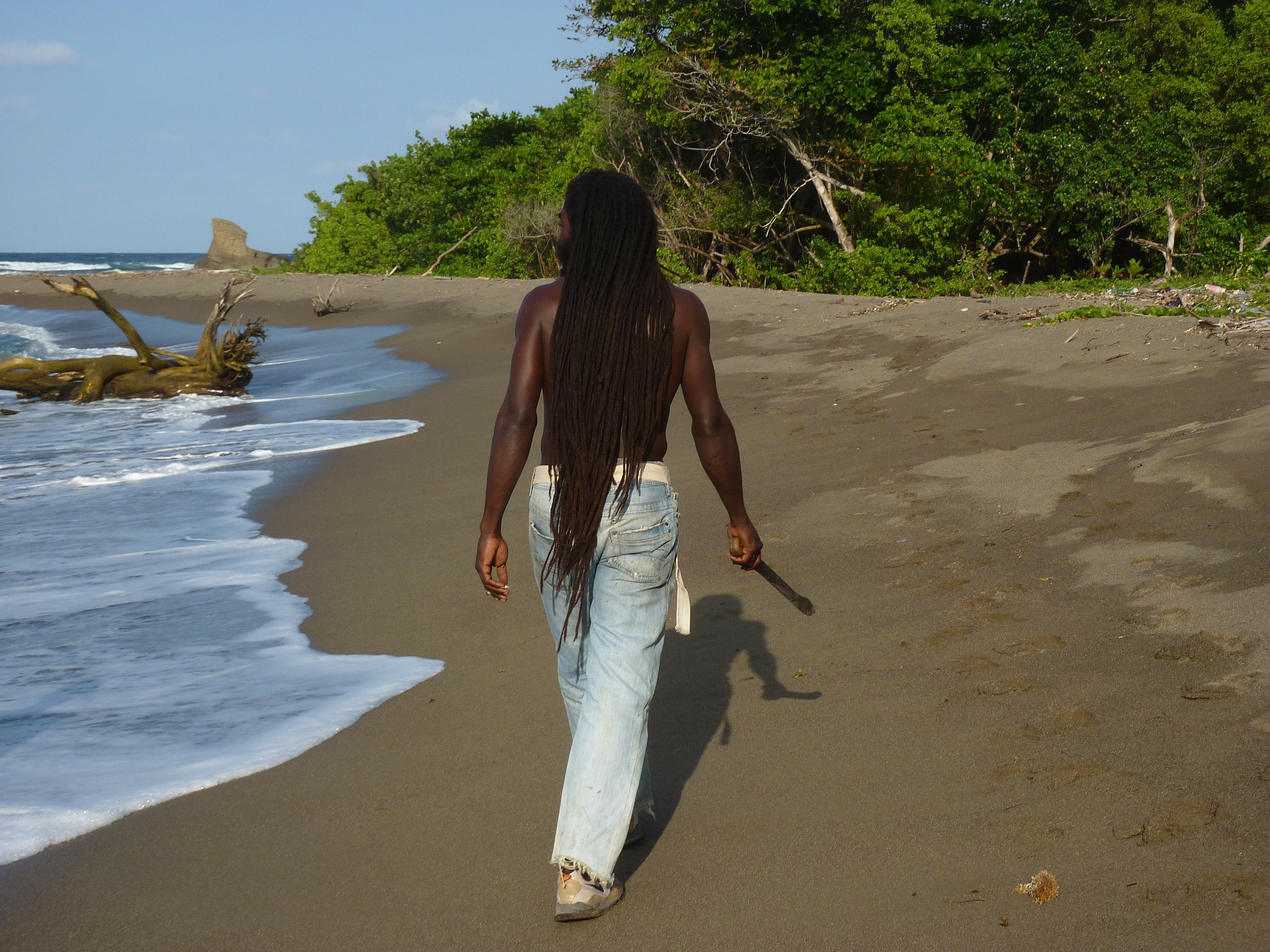 These days, Jamaicans have made their word for cannabis, ganja, famous throughout the world. The concept of ‘ganja’ has its roots in the Sanskrit language. In Sanskrit, and in Hindi, ‘ganja’ simply means ‘hemp’. The cannabis seeds and the name of the herb were, as said, brought to the Caribbean by Indian workers. It was this mixture of African and Indian culture that created the Jamaican ganja culture.

The popularity of weed among the lowest classes of the population in particular grew exponentially. Soon, it became more than a source of relief and recreation. Cannabis was a symbol of the rebellion and struggle against the ruling class. Needless to say, this movement was met with little enthusiasm by the imperialist oppressors. It didn’t take long before and strict measures were taken to govern ganja in Jamaica.

In 1913, the dreaded Opium Act was born. Its underlying aim was to suppress the rebel movement linked to the emerging ganja culture. Possession of even the tiniest bit of weed was punished severely. Fines amounted to 100 Pounds (or approximately $ 15,000 nowadays!) and imprisonment with or without forced labor. It takes little explanation to realize that most poor Jamaicans could never pay such heavy fines. A s a result, the Opium Act directly ruined many lives, or worse.

The measures of the Opium Act in 1913, followed by the Dangerous Drugs Act in 1948 had a huge impact on the lives of the lower classes in Jamaica. Yet the demise of Ganja culture, expected by the colonialist regime, did not occur. In fact, in 1948 a religious movement arose that had a strong affinity with ganja, despite all efforts to criminalize the herb. Rastafarianism was born, which today has almost one million followers around the world. The most famous Jamaican champion of ganja and Rastafari beliefs is of course Bob Marley, the reggae music legend.

The roots of this culture, the Rastafari culture, can be found in the 1930s. Rastafarianism is not only a religion but also a social and political movement. The Black Power movement in the country has had a strong influence on the movement of the Rastafarian culture, but the real founder and leader of the Rastas was not a Jamaican citizen. This leader was “King of Kings, Lord of Lords, the Heroic Lion of the tribe of Judah” Emperor Haile Selassie I of Ethiopia. He held power between 1930 and 1974. Before taking the throne in 1930, his title was Ras Tafari, loosely translated King Tafari, which later became simply Rastafari.

Jah, Babylon, And Cannabis In Jamaica

The Rastafarian culture goes much further than just dreadlocks and ganja. It can be described as a monotheistic religion, with similarities to Christian and Jewish traditions, centered around a deity called ‘Jah’. It is important to remenber, however, that most Rastafari don’t like labels such as ‘isms’ or religious dogma. According to the Rasta creed, though, Rastafari are living in Babylon, or Western society, in exile. They await a return to ‘Zion’. Zion is not a strict geographical place; it is more of a spiritual destination similar to Jerusalem. Zion is a ‘City of God’, only in Ethiopia, or in Africa at large rather than in Israel.

As you can see, Afro-Jamaican or ethnic African identity is a central part of the movement. There is much more than just religious views to Rasta, however.  Among other things, Rastafari developed their own language or dialect. For example, they do not use the word ‘under’, because they think it has a negative effect on language. They employ an uplifting philosophy that underlines the power of words. Rastafarians don’t like to use words like “undertake” and “understand”/ They prefer “overtake” and “overstand” instead.

By nature, ganja is a sacred plant for the Rastafari. Cannabis smoking is a sacrament in their religious experience, allowing Rastafari to achieve higher awareness. Weed is used in rituals called groundings, although many Rastafari use cannabis on other occasions, too. Even passing the holy herb in a certain direction has a meaning for the Rastas. Passing  ganja clockwise is usually associated with discussing moral dilemmas or problems. Passing a  joint counterclockwise indicates the use of war language.

The Future Of Cannabis In Jamaica

The 2015 amendment to the Dangerous Drugs Act brought forth a historic solemn ceremony in April 2015. For the first time in history Jamaicans we allowed to plant cannabis in Jamaican soil. The renewed legislation did not cause the use of cannabis on the island to increase explosively, as some feared.

It does, however, ensure that tourism in the country has a strong influence on the gross national product of the island. The amended legislation makes way for the integration of cannabis into Jamaica’s tourism policy.

For example, there is a “Bud & Breakfast” concept, which is in great demand with tourists from America in particular. Jamaica is therefore at the beginning of a green revolution. This small island could have a major impact on the global market and cannabis culture. And we have the Rastafarian culture to thank for it. It’s inspiring to see a source of so much positivity, faith and optimism rooted so deeply in the troubled history of Jamaica’s poorest inhabitants. Jah Bless! 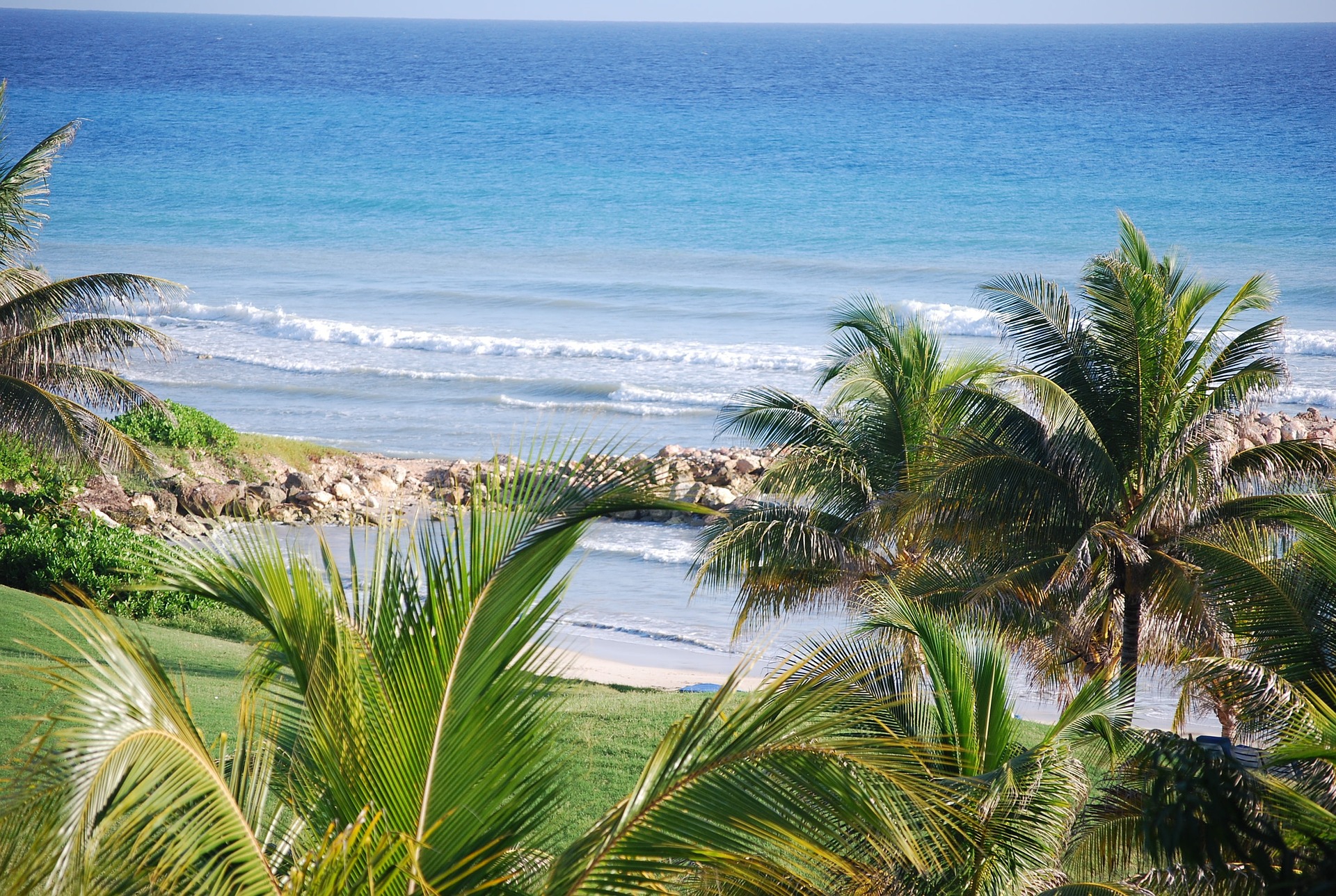