These days, there is a lot of talk about redesigning our economy for the post-corona era. Depending on political viewpoints and ideology, all sorts of alternatives have been suggested. Many of these include aiming for a greener, more sustainable economy. Reforming agriculture is an important part of that, as is experimenting with working from home or shorter workweeks, and clean power. And yet, in most dreams of modernizing the economy, one particularly green industry is usually overlooked. We are of course talking about the cannabis economy here.

In this post, we try to explore the economic opportunities that a more transparent, open, and legalized weed trade might offer. Fortunately, recent pre-COVID legalizing experiments can help shed light on this vast green potential. Since many of the most recent figures on economic consequences of cannabis legalization come from North America, this article will focus on US data. Still, these findings can be applied to the future of Europe and other regions, as long as infrastructure and legal systems are similar.

A Whole Lot Of Green Money

Few people will be surprised when they’re told the cannabis industry is about a whole lot of money. And yet, illegal aspects of the cannabis trade tend to draw all the attention. This could be a missed opportunity; especially now. As the global economy is sagging and recession starts to spread in the wake of the virus, a new cannabis economy could be one of the green impulses the global markets need. Let’s work the numbers and see where that takes us.

Acclaimed business magazine Forbes recently described in detail how cannabis legalization could soften the impact of the current economic crisis. The article focused on America, but its arguments can apply to other parts of the world. Legalizing weed as an economy booster is not just some wild idea. During the Great Depression, termination of the Prohibition alcohol ban in 1933 stopped the economic misery gripping the USA. It created new jobs and increased tax revenues. It also freed up the hands and funding of police and the judiciary. Overall legalization of cannabis could have similarly positive effects today, according to the economists behind the article.

Modern examples seem to support this theory. The states of Colorado and Washington recently saw full legalization of weed. Over the past few years, unexpectedly high sales filled state coffers with huge tax revenues. In 2019 alone, Colorado gained over USD 302 million in taxes and remunerations for medical and recreational marijuana. The overall statewide turnover amounted to USD 1.7 billion.

In 2019, nationwide US cannabis turnover was clocked at USD 12.2 billion. This amount is expected to rise to USD 31.1 by 2024, according to a report by Arcview Market Research  and BDS Analytics. These are serious figures – and this is only based on the few states with full or partial legalization. Imagine what would happen after federal (national) level legalization. A report by New Frontier cannabis analytics company suggests that by 2025, such measures could create some USD 105.6 billion in tax revenues…

Legalization of recreational and medical marijuana would also create a lot of solid jobs. It would require an entire infrastructure (jobs). Then, groweries and dispensaries would need staffing (more jobs). Around that structure, subsidiary business would boom. This includes suppliers of anything from grow equipment to rolling papers, and delivery services to name but a few examples. To be brief: even more jobs. Let’s take the state of Nevada to illustrate the point. The RCG Economics and Marijuana Policy Group survey states that legalization could create more than 41,000 jobs up until 2024. That would mean some USD 1.7 billion in wages. Furthermore, the study estimates this would create an extra 81,000 direct and indirect jobs on top of that figure.

Add to this the estimated rise of overall wages by at least 3.5 billion dollars, and things really start to get interesting. The New Frontier report suggests that nationwide legalization could create 1 million jobs as soon as by 2025.

Legalizing cannabis would come with other savings too. Police and the judiciary would no longer have to spend time and money on finding, prosecuting and locking up ‘cannabis delinquents’. And that’s before you even start to weigh in the misery and social costs of incarcerating so many largely minority citizens, separating them from their families and communities for trade, trafficking or possession of ‘vegetables’.  Although it’s hard to estimate the associated costs, a quick look at the number of US citizens currently imprisoned for cannabis crimes and misdemeanors paints a pretty clear picture… 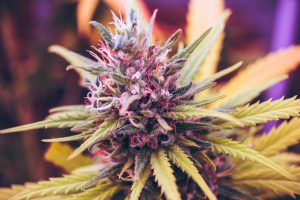 Overall, it seems safe to say that legalizing cannabis could seriously benefit the economy. Not just because of the tax income benefits, but also because of the huge legal and social costs that come with the prohibition of the plant.

The corona crisis offers a unique chance to change the economy. Especially now that old financial bulwarks like fossil fuel seem to be in their dying days, and as millions of people have lost or will lose their jobs due to the stagnant global economy, green innovation seems a logical choice. If legalizing cannabis could make a green contribution, we would be foolish not to consider the options. Indeed, it would be a shame to let an opportunity like this go up in smoke.