Boerejongens invites you to enjoy our famous Dutch coffeeshop culture. That system of high-quality smoking establishments may be synonymous with Amsterdam for some, but taking it for granted would be a mistake. Dutch coffeeshop culture came about through a long history of smokers and authorities trying to figure out a way to coexist. After decades of strict and sweeping anti-narcotics law enforcement, the sixties came, and the times, well, they were a’-changin’. We know you appreciate a bit of background information, so we thought you might be interested in finding out how Dutch coffeeshops came about in the first place. Let’s take a deep breath and take a brief tour of Amsterdam coffeeshop history.

Coffeeshops are a beacon of tolerance. As long as coffeeshop owners stick to regulations, the authorities allow them to sell weed and hash like any regular store, to a certain degree. This toleration policy of ‘gedogen‘, or tolerating behavior that is illegal in a strict sense, can be seen at all levels of Dutch society. As a country, the Netherlands has long been famous throughout the world for its culture of tolerance. When European was ravaged by religious wars and persecution of heretics and freethinkers since before the sixteenth century A.D., the cities of the newly formed Republic of the Netherlands became a refuge for dissident minds from all over the continent. Philosophers, poets, writers, Catholics, Jews, Protestants, atheists, and many other groups that faced imprisonment or worse in their home countries came here to enjoy the protection of the state, regardless of their background or ideas. Perhaps it is because we have always been a small country, forced to deal with our various powerful neighbors, that inspired the Dutch to keep finding the middle ground between extremes. Perhaps the realization that we had to work together to survive in this country below sea level made Dutch society more inclusive than others. Although as a nation, we have been far from perfect or without blame in dealing with social diversity, as present-day tensions clearly demonstrate, it has always been an important theme throughout the history of this tiny river delta country.

In Dutch politics, the notion of the Polder Model is an important concept. A polder is a stretch of land that has been drained by humans to reclaim it from the water. This requires cooperation, and our modern democracy traces its roots to the district water board that guided these concerted efforts to wrestle our land from the grasp of the sea. Today, the Polder Model represents a pragmatic way of tackling complex problems, even if opinions differ, because failure to work together will get us nowhere at all. Whether we are dealing with city planning, euthanasia. or indeed drugs, we try to make it work for as many people as we can in a practical way. This is how we ended up with our cannabis culture, and that is why you are having a good time in the world’s greatest coffeeshop.

In the 1960s, use of all sorts of drugs was on the rise in the Netherlands. The hippie culture had arrived, and to some it seemed as if half the country was smoking weed, dropping acid, and licking hallucinogenic frogs all day long. Policymakers decided it was time to intervene. At the same time, however, studies revealed that cannabis was not simply a gateway drug luring people towards more dangerous substances. Progressive and conservative forces agreed that it would be wise to distinguish between so-called ‘soft’ and ‘hard’ drugs. In practice, that meant separating weed and hash from harder and more dangerous substances like heroin, LSD, amphetamines, and the like. The goal was to keep subcultures apart, preventing occasional smokers from stumbling into heavily addictive drugs, and to decriminalize the cannabis trade. As the 70s set in, rock festivals and similar events were allowed to experiment with soft drug tolerance, with varying degrees of success. At the same time, ‘house dealers’ became a common sight in youth centers, bars, and discotheques. This free trade threatened  the idea of government control, but cracking down on small dealers was likely to make the scene go back underground,  again blurring the line between the soft and hard drugs scenes. A practical polder solution was needed, and it arrived in the form of the first coffeeshop tryouts.

The Birth Of Amsterdam Coffeeshop History

In 1972, a few brave Amsterdam entrepreneurs decided to give it a shot. A tea house called Mellow Yellow started to sell tea over the counter, with a weed dealer posing as part of the clientele selling a little extra on the side. Soon, nobody cared much about the tea anymore. Other establishments followed suit, including legendary names like the Bulldog in 1975. The authorities were watching warily, but as long as there was no public nuisance and some degree of a hush-hush atmosphere, police left these first coffeeshops alone. Still, it took a long time to get from these first shops to the current state of affairs. Yes; Boerejongens has been elected best Dutch coffeeshop, but that happened only recently. Even though the new Dutch Opium Act was launched in 1979, real regulations for coffeeshops only came about in the 1990s. Although in a strict legal sense, sale, possession, and use of marijuana are still illegal, police and the Justice Department will not prosecute if you stick to a few rules of behavior.
The rules for coffeeshops focussed on the following criteria:

Of course, being the best coffeeshop in Amsterdam, and indeed, in the country, comes with heavy responsibilities. You will notice this as soon as you approach a Boerejongens Coffeeshop venue, because instead of a bouncer, we have a friendly, bowler hat-wearing Neighbourhood Host to welcome our guests. They are responsible for maintaining smooth relations with the neighborhood, making sure that our customers don’t have a negative impact on local living conditions. This is two-way tolerance in action, and it is an example of coffeeshop management 2.0 for sure! 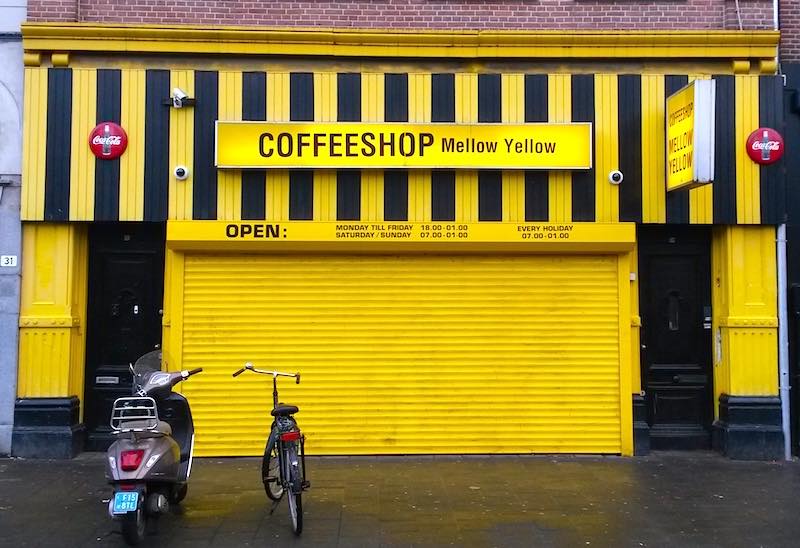 Your Trip Through Amsterdam Coffeeshop History

Today, the number of Dutch coffeeshops is lower than it was twenty years ago. That is largely due to the additional regulations we have these days. The main barrier is the stipulation that coffeeshops must be located at a minimum distance from any schools, to prevent drawing in too many students. Considerable efforts have also been made to cut down on cannabis tourism, particularly in the border regions of the country. Many cities forbid their coffeeshops to sell to foreign nationals these days. Fortunately for you and for us, Amsterdam is a positive exception to this rule… Still, having less coffeeshops nationwide does come with advantages. In general, as quantity decreased, the quality of the remaining coffeeshops improved. The best shops managed to stick around, and this is why today, you are one of the lucky customers of this award-winning Boerejongens venture. It seems as if our ancient Dutch tradition of tolerance and polder model policies is working to your advantage, then. We hope that this brief historical excursion will add some depth to your Amsterdam smoking experience. At any rate, now you can tell all the folks back home that you enjoyed a cultural holiday in the Dutch capital! From the world’s first coordinated water management, via world-famous religious and political tolerance, to present-day coffeeshop culture: feel free to indulge in the very best that the global cannabis capital has to offer! 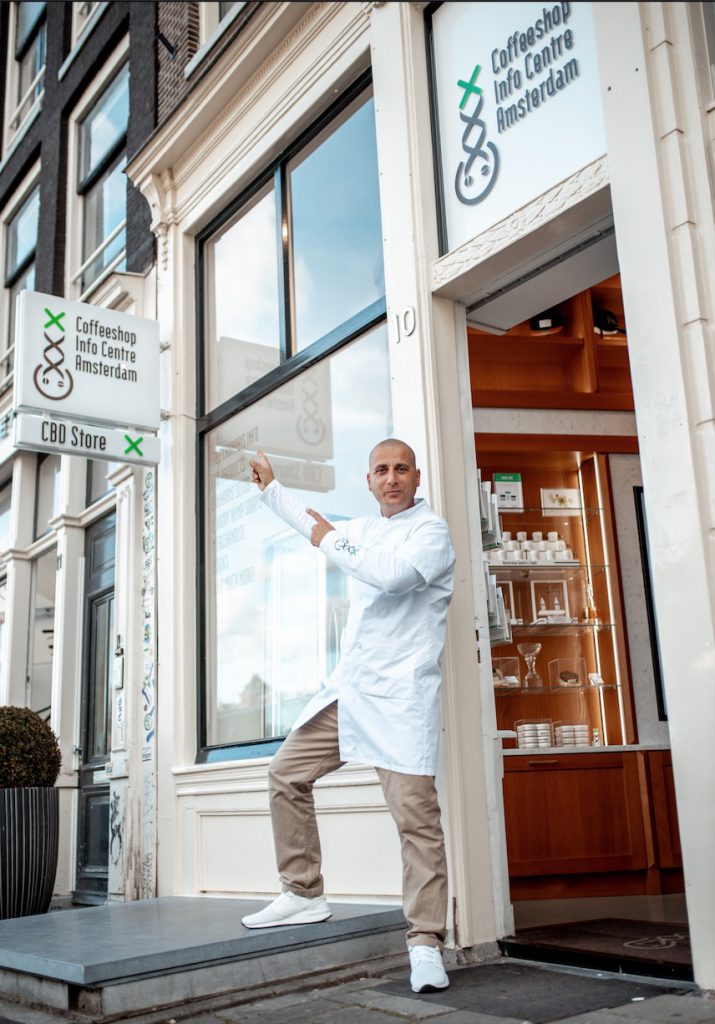