Jazz and cannabis are closely related. Of course, cannabis has influenced music in many ways: reggae music is just one example. Still, the influence of cannabis on jazz culture should not be underestimated. That’s why today, we take you on a blue note trip into a dark story of violence, racism, slavery, and liberation.

Let’s start with the bad news, because one thing cannabis and jazz share is their violent origins. It is the story of deep-rooted cultural elements that have been demonized and discredited, but never beaten. No wonder that the stories of weed and jazz are intertwined. The connection runs much deeper than their shared links with the creative world. 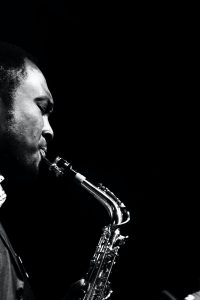 Jazz And Cannabis: A Climate Of Slavery, Racism And Xenophobia

Recreational use of cannabis has been a part of many South American and Caribbean cultures. Weed was actually used to soothe slaves in their inhumane circumstances. It was originally introduced to Jamaican slaves by the British conquerors and to Brazilian slaves by the Portuguese. Cannabis proved to be a profitable  source of tax revenue and an effective tool for social control. Slaves also discovered it as a temporary means of escape from the horrors of their situation.  By the time Mexican refugees brought cannabis with them into the US, it had become part of a new South American culture.

But weed was new to Americans, as was the influx of Spanish-speaking people. The ‘Marijuana Menace’ was soon associated with immigrants, the poor,  and ‘people of color’. Unsurprisingly, the white majority wasn’t exactly thrilled about these changes. To be fair, that’s pretty ironic for a plant that was ‘forced’ onto immigrants by white Europeans.

This is how a 100-year war on cannabis started, based solely on racism-induced paranoia.It also marked the birth of a highly resilient subculture. Cannabis culture gave minorities a way to cope with the everyday torture of discrimination.

The Birth Of Jazz

In Storyville’s red light district, one of those communities harnessed the power of cannabis to create a new genre of music. These artists were musicians of African American descent, and their music was jazz. Today, people over the world love jazz, but it wasn’t always like that.  The jazz elements that make it such a much-loved genre are improvisation, creativity, and chemistry between musicians. Those very elements make jazz the subject of contempt, as many people thought it was just ‘unstructured noise’. This approach made jazz every bit as controversial as the weed culture that was pivotal to the movement.

Jazz is not something you can just learn or remember in a classroom. Jazz is a spirit. It may start with written music, but it certainly doesn’t stop there. It starts with a few notes in a certain direction, changes the subject and from there on, the genie has left the bottle. In jazz, you can still hear the stifled calls for freedom of repressed minorities. You can’t prove it, but cannabis may well have helped musicians experiment with this new way of making music. 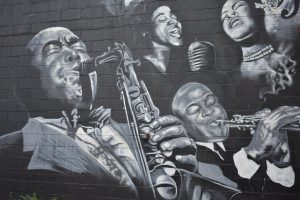 Louis Armstrong And His ‘Gage’

One of the most famous founders of jazz music is Louis Armstrong (1901-1979). In his biography, he described how cannabis felt to him and the other ‘vipers’ (as weed-smoking jazz musicians called themselves) in his biography. “You feel good with it, man. It relaxes you, makes you forget all the bad things that can happen to a person. You feel wanted and when you are with another smoker you feel a special sense of kinship.” Armstrong was not trying to promote weed, or ‘Gage’ as he called it. He was simply trying to describe the role it played in the jazz scene. He once got arrested for possession of marijuana, for which he paid a priced for the rest of his career. On the other hand, there is a lovely anecdote about how Richard Nixon once smuggled an entire suitcase full of grass through customs for Armstrong…

In the 1920s, America was split into two completely different experiences. One was the perspective of the ‘Roaring Twenties’,  where it seemed everything was possible. The other was the intense poverty that characterized the lives of over 60% of Americans. A large part of these poor people were Afro-Americans, suffering from the worst forms of racism while half the nation partied on.

A way out was hard to find. One escape was alcohol, but that only made the general fear and anxiety worse. Despite the nationwide ban on alcohol during the American Prohibition, drinking went on at alarming levels. Illegal alcohol has claimed countless lives among poor Americans in those years. The other option was cannabis. Weed offered jazz musicians and other the mental space they needed to express their feelings in music.

The profound relationship between jazz, cannabis and variety made jazz musicians a target for the Federal Bureau of Narcotics. The notoriously racist leader of this institution, Harry Anslinger, personally focused on famous jazz musicians such as Armstrong, Thelonius Monk, Count Basie, Duke Ellington, and Billie Holiday. In an interview Dr. James Munch, a scientist working under Anslinger, explained why Anslinger went after jazz musicians.

“If you are a musician, you are going to play music as it is printed on a sheet. But if you use marijuana, you’re going to create about twice as much music between the first note and the second note. That’s what jazz musicians do. You see, it’s the idea that they could brighten music and make it richer.”

We’ll admit that we’ve seen plenty of nonsensical reasons for punishing cannabis use. Still, jealousy over how much music someone is able to produce is quite an extraordinary motivation… The relationship between jazz and cannabis runs deep, and it reaches all the way back to the very roots of music. It almost makes you wonder whether jazz would even exist without weed. In a similar vein, jazz, pot smoking, discrimination and repression seem inextricably tangled. If cannabis had been legal and socially accepted, it may well have been an exclusive privilege of white people. Would that have changed the history of jazz and cannabis? No one knows what might have happened had things been different. What is clear though, is that cannabis and jazz tell a common story about freedom and resilience.

The power and beauty of jazz were born of injustice, violence, and grief. Perhaps its story is so touching because we recognize a part of ourselves in it. Not everyone loves jazz, but everybody wants to be free. The free sound of jazz is also the freedom to express ourselves as we want to. Cannabis has played a part in more stories along these lines. A coincidence? Who knows? No matter what, though, it is something to remember next time you head for your cannabis dispensary in freedom…