Last week, American hip hop celebrity Kevin Gates was in Amsterdam for his new video shoot. One of the locations for his upcoming release was the new Coffeeshop at Sloterdijk!

Gates had a good time in Amsterdam, where he stayed at the Barbizon Palace Hotel right across Amsterdam Central Station. With the best video-crew of all time: FRAMEZ Productions, he went to Coffeeshop Sloterdijk, where he went rappin’ on the counter, behind the counter and he even smoked a big fat spliff in the new Coffeeshop!

Kevin showed his tattoo-covered torso, and we LOVED the cannabis leaves on his shoulder and hips. When we complimented him, Kevin said: ‘I love cannabis man, it’s the tree of lífe..’
We experienced Kevin Gates and his team as super friendly and relaxed. He was one of the first rappers that actually came on time for his shoot haha! 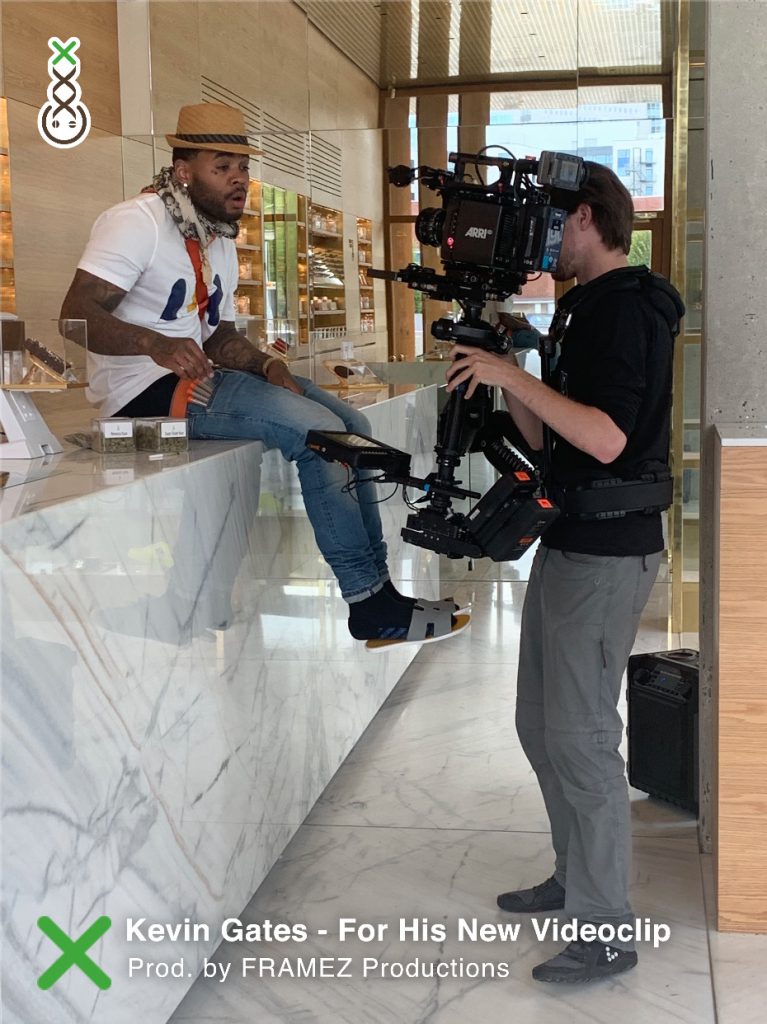 When the team shot the video inside, many fans were waiting outside to see him performing. Kevin also went outside to to a little meet and greet with his fans.
Big part of our own team was also HYPED about his visit here in Amsterdam. Just a little part of our team didn’t even know him yet.. After his visit and hearing the new badass song we can say that he gained some fans from Amsterdam.

We hope to see you soon again Kevin! Thanks You for choosing an Amsterdam Genetics retailer for this! 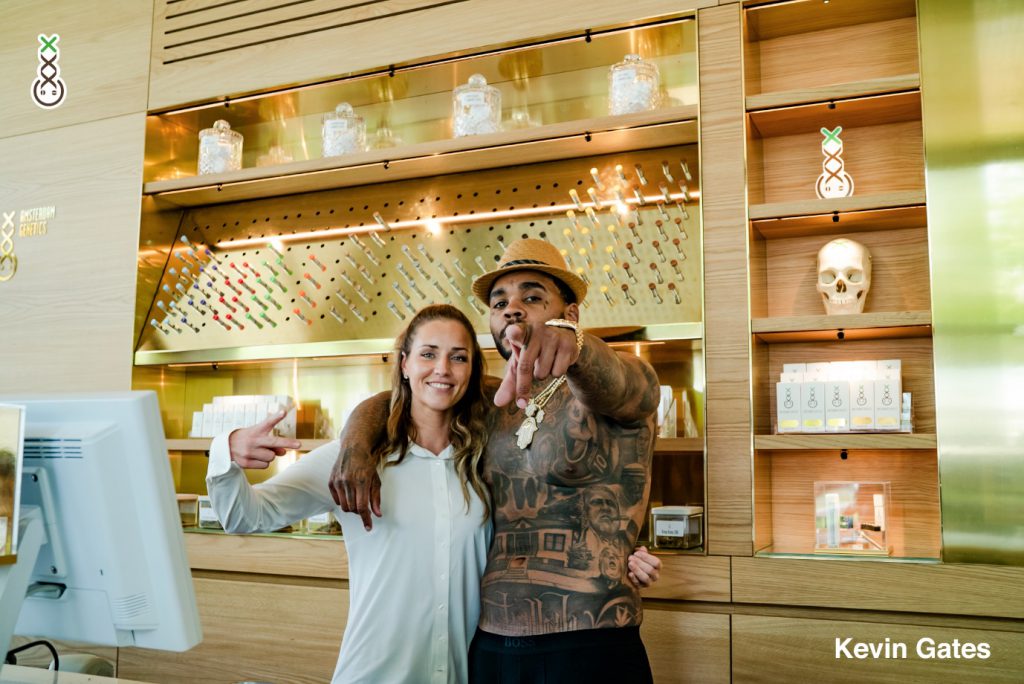