When you think of cannabis, you’re probably thinking of a modern coffeeshop or a big fat spliff. Few people connect weed to an ancient shamans performing age-old rituals. Nonetheless, shamans and cannabis were closely linked throughout a history that goes way beyond your weekly trip  to the local dispensary.

Today, we’ll take you on a journey to a world full of forgotten rituals and obscure mystic practices. We’re about to enter the world of cannabis and shamanism…

Shamans used cannabis in Asia and the “Old World” for many centuries. More recently, shamans of North American indigenous tribes used weed in their rituals. This happened for a multitude of reasons, including these: 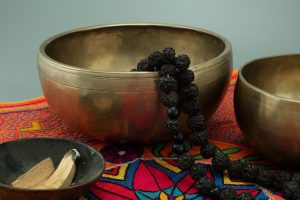 Right until this very day, cannabis is still  a useful instrument for shamans. As described above, there are many different uses for the herb. Some of those options involve using weed along with hallucinogens such as peyote or mushrooms. That could make marijuana one of the safest psychoactive or mood-altering herbs still used by shamans on a large scale.

The word ‘shaman’ has deep and ancient roots. Some trace its origins back to old Siberian languages. In Tunguscan, for instance, shaman means something along the lines of “he (or she) who knows”. It’s like a seer, in a way. Others connect the word to Sanskrit, in which ‘śamana’ means a wandering holy person. The Arabic word ‘shaitan’,  or “devil”,  could also be an origin. Missionaries may have adopted this, partly to frame shamans in a negative context. Whatever the exact roots, the notion was introduced to Europe in the 17th century by Dutch explorer Nicolaes Witsen, who spent time among the tribes of Siberia. Interestingly, Witsen was mayor of Amsterdam up to 13 (!) times. Of course, that just goes to show that everything weedy ultimately comes back to Amsterdam – that old Dutch Connection is hard to miss…

These days, traditional shamanism is on the decline in most of the world. Improved access to modern medicine is one of the main reasons. Still, the belief in spiritual forces and life energy is simply too old and too persistent to just vanish like that. Even today, the shaman is still relevant as a spiritual healer and voyager, even for the tribes of our post-industrial world.

The modern shaman is not so much a healer using hot magic rocks or willow bark extracts to treat the sick. He or she is more of an intermediary between humans and the planet, seeking balance through the spirit world. The close bond between shamans and nature still remains, including the use of leather strips, seashells, feathers, hand drums, and yes, cannabis. It would be interesting to know whether the huge changes in modern cannabis consumption have any effect on this old tradition. 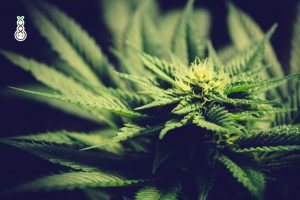 Even today, shamans look up to the heavens or within to their spiritual being. They’re still looking for metaphysical answers to worldly questions. They still need to enter a state of trance to make these spiritual journeys. In a sense, cannabis and shamans are as interconnected today as they were thousands of years ago.

So whether you use cannabis for an evening on the couch or to combat spiritual problems, you’re in good company. It just puts smoking a joint in a new perspective. Age-old traditions, rituals, mysticism and shamans paved the way. That’s good to remember for anyone on the way to a coffeeshop for their next spiritual journey.