Holland is a very small country with a population of seventeen million. That’s not many if you realize that there are even cities in the world with a bigger population. Shanghai for example has 24 million citizens. Still, we like to think that we’re GREAT people. This blog is about things that only Dutch people do. We hope it helps you to understand us a little bit better.

We have our own rituals when it comes to celebrating a birthday. In Holland we congratulate not only the birthday boy or girl, but also the other people at the party like their family and friends. So when we enter the party we shake hands with everyone and say: “Congratulated with .. (name of the person’s birthday).” Congratulations is said in Dutch as: Gefeliciteerd.

Dutch people like to kiss! If you’re not from Holland you probably kiss somebody twice on the cheek when you greet them. Dutchies like to give three kisses and like to start on the left cheek. Honestly, we have no idea why we give three kisses instead of two.

Even though we like to think that we are very progressive and openminded people.. There are still rules between men and women. Women can kiss both sexes at a greeting. Most men in Holland shake hands to greet another man. Men greet other women with three kisses.

Dutch people like to use their bike just as many times as their car. Biking is not an outdoor activity for us, we use our bike as a way to travel. Did you know that there are more bikes in Amsterdam than people? 900.000 bikes and 800.000 citizens. We use our bike a lot and that is why we have a separated bicycle path next to the roads. 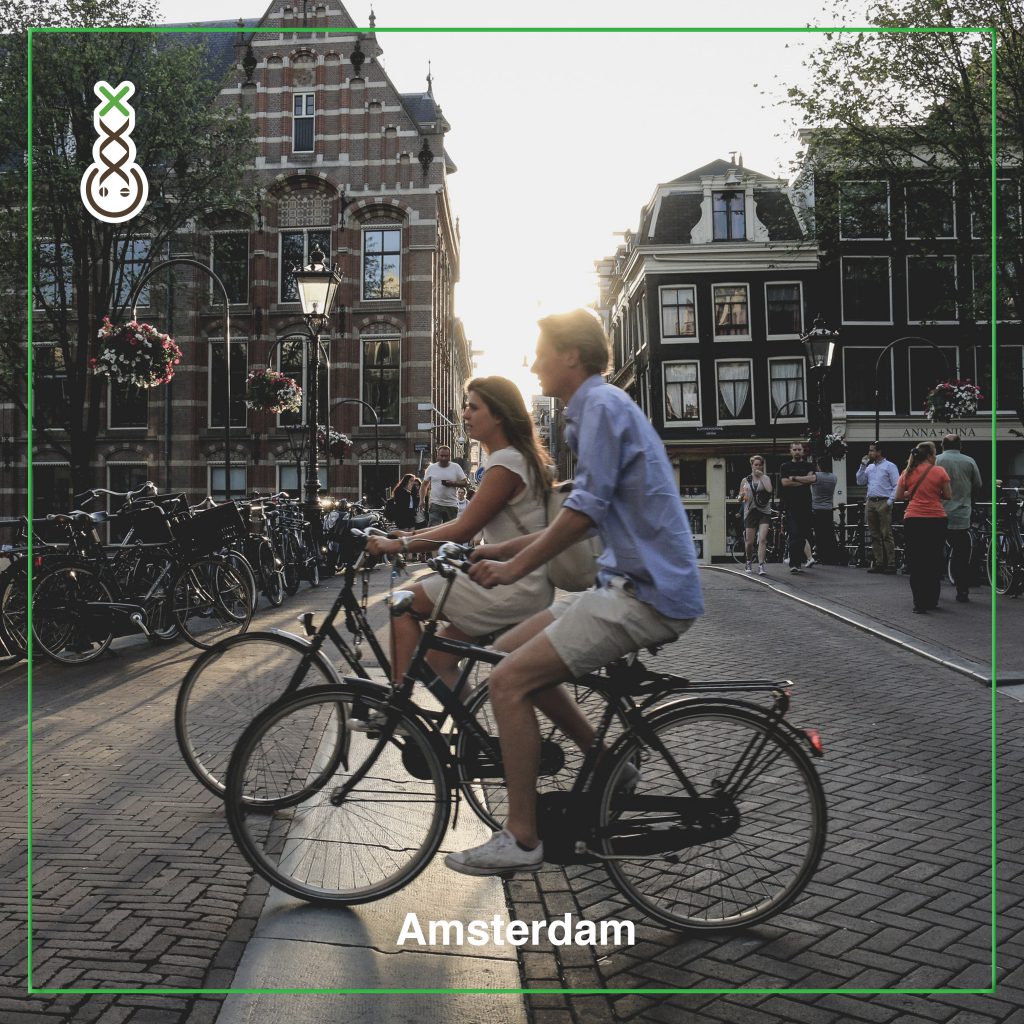