We invest heavily in our staff’s level of expertise, because we believe that a well-oiled team of knowledgeable employees is necessary to keep our customers informed and educated. That is why all staff attend several courses each year, both in-company and externally. The ‘Cannabis Career’ programme is a good example of our education focus. This officially accredited course provides excellent product knowledge, and as such, it is mandatory for all our coffeeshop employees. These courses are needed to maintain the high standards at Boerejongens, where it takes about two years to become a fully trained employee. Our most gifted employees are given ample opportunity to grow within the organization and advance their careers.


Since its official founding in December 1993, the originally Amsterdam-based Association of Cannabis Retailers (BCD) has achieved much already. Because of their efforts, for instance, every Amsterdam coffeeshop can now be transferred or sold just like any other company, even for coffeeshops in previously “overcrowded areas”. Decades of serious consultancy and advice have ensured that BCD is appreciated as a full-fledged branch organization. BCD has served as a valued discussion partner at Amsterdam city hall under a succession of respective mayors. Because of this respected position the BCD is able to express vitally constructive criticism on counterproductive regulations and policies, such as the methods used by HIT-teams and article 13B of the Dutch opiates act, for example.

With the support of council members, the BCD has contributed to a sound and realistic set of rules for coffeeshops to observe, as well as helping to shape local authorities and police procedures. In doing so, rules governing advertising, pre-rolled joints, and the sales of space-cake became more transparent. A milder approach of the deeply unpopular HIT-teams was requested in turn, as well as a halt to stop-and-search procedures during customer checks.

Under the third cabinet of prime minister Balkenende, the Netherlands was struck again with a phenomenon known as “the war on coffeeshops”. As part of this renewed offensive against coffeeshops, a distance criterion was enforced between schools and coffeeshops. Although this distance-criterion was included in the government agreement, it was never actually encoded in the opium act. In Amsterdam, mutual consult led to an agreement on a walking distance of 250 meters.

Between these modest victories, the larger battle raged on. Despite contributions of the BCD and external support from, among others, the Drugs consultancy agency, dozens of coffeeshops were forced to shut down after their licenses were revoked. The BCD did however prevent the overall cancellation of license extensions, at least for the time being.

A project known as the “Rode Loper”, Dutch for ‘Red Carpet’, marked the beginning of dark times for the BCD. Over the course of this project, 26 coffeeshops were forced to close, despite the enormous amount of energy, time and money that the BCD spent in their defence.

In 2016, coffee shops in the city centre had to cope with a series of hit-and-run shop window shootings. The shootings took place after closing time, and luckily, there were never any personal injuries – or worse. Close contacts between the BCD and City Hall led to extensive discussions, after which the parties arrived at a written agreement to deal with the matter. In times of crises, the BCD has never shied away from its responsibilities, and this continued investment has led to a fruitful relationship with city authorities.

By 2017, BCD membership had steadily grown to considerable numbers, even though the actual number of Amsterdam coffeeshops declined sharply. By now, the alliance has extended its sphere of influence, welcoming members from various cities including Enkhuizen, Beverwijk, Haarlem, Den Haag, Utrecht, and even faraway Groningen. The current administration searches rapprochement to other branch organisations, which resulted in the organisation of Cannabis Connect Entrepreneur Day in February 2017. Recent political developments continue to contribute to a further professionalisation of the alliance. Today, the future of organised cannabis retailers seems brighter than ever before. 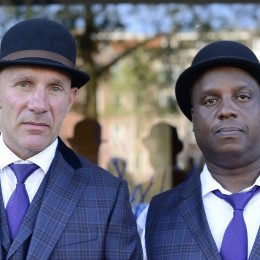 Boerejongens Coffeeshops are truly part of the local community. We help contribute to improving the neighbourhood around us by means of hiring The Neighbourhood Hosts, or De Buurtgastheren as they are known in Dutch.

The Neighbourhood Hosts work to protect the social cohesion and safety around our shops. They also help add to the social spirit of the people who make up the surrounding community.

Neigbourhood Hosts are there to help people out, to correct improper conduct, and to check for valid IDs at the shop’s entrance. They will greet you with a friendly welcome and always strive to improve cohesion and harmony. This ensures that everyone can enjoy a nice, friendly atmosphere, whether you’re a coffeeshop customer, a local resident, or simply a passer-by getting a whiff of that good old Amsterdam street life.

The Neighbourhood Hosts – Here To Help

As part of our working partnership with The Neighbourhood Hosts, we try to help out where we can on behalf of the local neighbourhood.

If one of our neighbours needs a hand with some groceries, they’ll help get them inside. Cleaning the porch for the elderly lady next door? Let’s go grab a brush! Need to borrow a bicycle pump? We’ve got one waiting for you.

Boerejongens has also adopted eight local underground garbage containers from the Amsterdam municipality. As part of taking our environment seriously, the Neighbourhood Hosts see to it that our streets stay clean day in, day out.

Our neighbourhood De Baarsjes is rapidly developing into a thriving local community. Over the last few years, De Baarsjes has changed almost beyond recognition. All along the Baarsjesweg road, more and more small enterprises are setting up shop. The current zoning plan has opened up the entire Baarsjesweg to new retail and catering businesses. This helps contribute to a lively neighbourhood with a shared sense of community – a great home turf for companies like us: enterprises that consider a pleasant business and social climate to be part of their responsibilities. 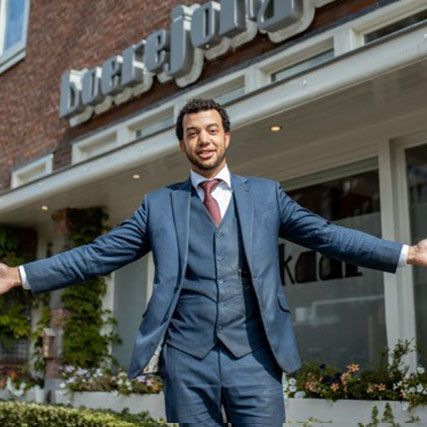 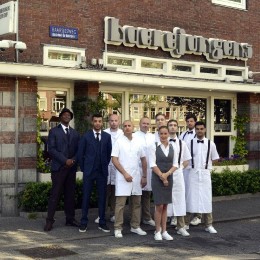